Skip to content
Has anyone been keeping up with the NBA? 👀Do not worry we are about to inform you on the New NBA power ranking.
1. 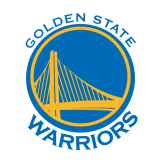 Since the lost against Detroit, the Warriors have been looking unstoppable.  They went over to the Staples Center Monday Oct 30th to play the L.A. Clippers, and receive the W. Also, added two more road wins over good Western Conference teams before starting their 4 game home stand. As was the case last season, they’ve been at their best in the third quarter, which they won by a combined score of 77-44 in San Antonio and Denver. The following next games, they won by a combined score of 69-46 at Oracle starting their home stand. Their shooting remains hot while also producing some of the lowest turnover totals of the season. 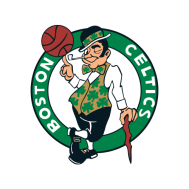 Kyrie this season has been a major key to their success. Seems like Kyrie eye is on playoffs, and is determined to come out number 1 in the Eastern Conference. Marcus Smart’s shooting remains shaky, but Jaylen Brown and Jayson Tatum have combined to shoot 30-for-61 from 3-point range over the Celtics’ ten-game winning streak. Al Horford (17-for-29) has shot even better maybe the best in his career, while also anchoring the league’s No. 1 defense. Over the streak, the Celtics have held their opponents to an average of 10.3 fewer points per 100 possessions than their season average. 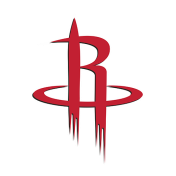 The Rockets have finally found their offense, which ranks No. 1 in November after they scored 120 points per 100 possessions over a four-game winning streak, highlighted by James Harden’s 56 points (on 19-for-25 shooting) and 13 assists on Sunday against Utah. Despite being the league’s third best defense. After shooting 19 percent from 3-point range in October, Trevor Ariza (10-for-24 in November) has found his shot, and the winning streak actually got started in New York. Harden dropped 31 points to finish off the Knicks. on the bench on Wednesday. With all four of their meetings with the Grizzlies coming before Thanksgiving, game 3 comes Saturday in Houston. The Grizzlies are the only team who held the Rockets under a point per possession this season, and they’ve done it twice.

The offense has struggled as the Grizzlies have lost three of their last four games, with two of the losses vs. Charlotte and Orlando. They have a great start to games, coming in games they led by 13 points. Losses like that have you wondering if you need more talent on the bench, and is it time to make trades before it gets too deep in the season. Tyreke Evans looking like a serious Sixth Man of the Year candidate. He’s averaging 17.1 points shooting 61 percent from the field, having scored 19 or more in five of the last six games. If there was still a “Comeback Player of the Year” award, the Grizzlies would have some serious candidates (all key contributors on the league-best bench): Evans, Mario Chalmers, Chandler Parsons and Brandan Wright.

Last season, the league did Andre Drummond and many other centers a favor by changing away-from-the-ball fouls to the last two minutes of every quarter. It reduced Drummond’s free throw attempts from 7.2 to 4.4 per game. This season, Drummond has been working hard at the line. With a stunning free throw performance, going 14-for-16 in win over Milwaukee. Drummond is shooting 63 percent from the line, up from 38 percent which he has average over his first five seasons in the league. Drummond ranks second in rebounds per game and leads the league in rebounding percentage (for the third straight season), and the Pistons’ remain number 1 in the Eastern Conference with Wednesday’s win over the Pacers. Detroit has won five of its last six games with Anthony Tolliver providing critical minutes off the bench. 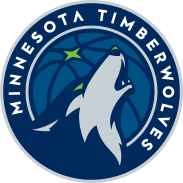 The Wolves’ late game success continued with two more narrow escapes in Miami and New Orleans. With their 7-4 record, they still have a negative point differential. But they’ve held three straight opponents under a point per possession, even if those three opponents all rank in the bottom 11 offensively. They’re 7-1 with Jimmy Butler, but didn’t need much offense from him (17 total points on 5-for-13 shooting) in weekend wins over Dallas and Charlotte. Jimmy is averaging 14 points per game, and should be looking to involve him more on offense.

Their two best offensive performances have come in games in which they’ve assisted on less than half of their buckets, but the Spurs will take the offense any way they can get it as they continue to wait for Kawhi Leonard to make his season debut. Their new starting lineup (with Patty Mills at point guard) has scored 116 points per 100 possessions in its 41 total minutes. Since the lost to the Warriors, the Spurs have went on a 3 game winning streak. San Antonio made a season high 15 3-pointers to beat the Clippers. Looks like the team is finding a rhythm as a whole. The Spurs have still seen the league’s biggest drop in effective field goal percentage (from 52.4 percent last season to 47.9 percent this season).

Since blowing a late lead in Utah, the Blazers went on a winning streak. Damian Lillard has found his rhythm and been looking like the point guard we grew to love.  After his game-winner against the Lakers and another big shot (and a bunch of free throws) against Oklahoma City on Sunday, Damian Lillard leads the league (by a wide margin) in clutch points, with seven of the Blazers’ 10 games having been within five points in the last five minutes. Lillard has an effective field goal percentage of 44 percent in the first three quarters and 61 percent in the fourth quarter and overtime. Seems like C.J. McCollum slipped into a funk this while Lillard has gotten out, but had a outstanding game against the Grizzlies scoring 36pts despite the 1 point lost. The Blazers are seven games into a stretch where they’re playing 10 of 11 at home. 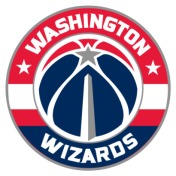 Despite the loss to Cleveland (seems like all the trash talk was for nothing), John Wall and Bradley Beal been having a phenomenal year so far. Wall is averaging a double-double with 20 points and 10 assist. Also, Beal has been having a career high season averaging 25 points per game.  Beal dropped 38 points in Wall’s absence in Toronto last Sunday, and now their two games in their four game home stand against teams with bottom-10 offenses (and records no better than .500), a stretch that should help the numbers of a defense that allowed 126 points per 100 possessions in losses to Phoenix and Cleveland. 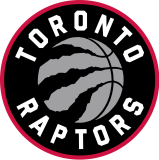 The Raptors been having a good season, but a loss to the Wall-less Wizards(with Kyle Lowry being ejected in the second-quarter) could be one that has everyone scratching their heads. That was the worst 3-point shooting night for the league’s worst 3-point shooting team, with this week’s most important game (Sunday in Boston) is against a unstoppable Kyrie Irving. The Celtics have been looking good while Kyrie is on the floor. This will be a great defensive game, and will be interesting to see how the Raptors prepare for Irving and the Celtics.